The future of firefighting

The world’s becoming warmer and drier. Water is becoming scarce. Forest fires are becoming more frequent and rampant. The future of firefighting is no longer just a technological arms race – it’s vital to humankind’s continued existence. 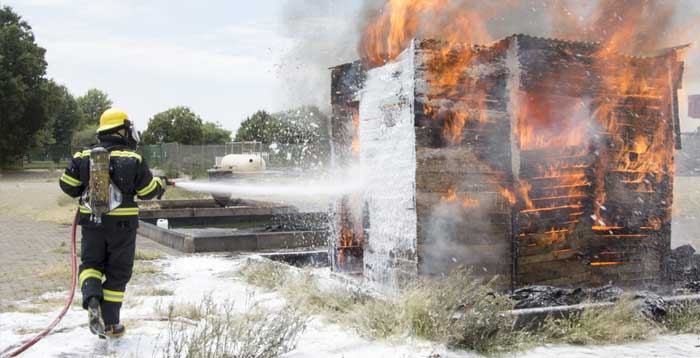 In the Future, Will We Still Need Firefighters?

Population density is rising, which increases the likelihood and severity of fires. Artificial intelligence can already help predict fires, and one day this could be accurate enough to automate fully. Self-driving fire engines and drones could carry out rapid or even pre-emptive firefighting, minimising the risk to human life.

And one day, firefighters themselves might be machines, too. Maybe not any time soon – but one day, there could be a firefighting robot stationed on every street corner, ready to enter burning buildings to save those inside.

While this fledgeling technology is all speculative at the moment, we’re certain about one thing; the planet is changing. Water, that most crucial substance, is changing. The way we fight fire with water is going to change drastically to catch up.

Water is the most precious resource in the world. In the coming decades, it’s distribution and availability, purity and habitability will change. This will have a huge impact on the natural world, on industry and on the way we fight fires.

Future generations could fight wars over the stuff that (for now, anyway) falls from the sky.

70% of the surface of Earth is covered in water. Of that great abundance, less than 3% is freshwater – and almost all of that is locked away in ice and glaciers, or is in some way inaccessible. Water is already incredibly rare on our planet; about 0.3% of what we have is usable. And it’s set to become even rarer. By 2025, two thirds of the human population may face water shortages.

This scarcity is down to complex factors, including climate change, the growing global population and our currently inexplicable misuse of water. As long as water is valued in the way it’s currently valued, it will continue to be wasted.

Leaving your tap on while you brush your teeth and running a bath every night are bad – but nothing compared to the way agriculture wastes water. Because, despite the rarity and preciousness of water, it’s impossibly cheap.

Economists and scientists have long promoted the idea of increasing the price of water as a way of limiting waste. But industry and agriculture are pushing back, painting it as “another tax”.

What will happen when there’s not enough water to drink, let alone fight a fire with? It’s possible that we’ll need to find ways of storing or pumping seawater deep inland for firefighting, losing much of it along the way. But even the water in our oceans is becoming a toxic soup of pollution, and introducing salt water into inland habitats could harm ecosystems.

For now, we’re left with one option; better management of water.

Not only will we have less water to fight fire, fires will become more prevalent. As climate change creates more desert-like conditions, fire-prone areas will appear to expand and burn more readily, for longer periods.

This is already happening in areas like California and over the already drought-prone Australian bush. Dry seasons are lasting longer, making for near-impossible firefighting conditions.

We’ve covered the changing face of wildfires in a previous article, but that information will be old news sooner than we’d thought, as dry firefighting (using tools to cut away fuel) becomes the primary way of stopping wildfire in its tracks.

In a changing world, the old ways of fighting fire simply won’t work anymore. As always, prevention is the best cure – but nature will take its course, and fires will continue to burn. As wildfires become more prevalent, our existence will hinge on being able to control them, with fewer resources and less water.

Whether it’s humans fighting the fires of the future, or firefighting robots saving lives and water, the future of firefighting is going to be interesting to say the least.

Our expertise has led Coopers Fire to become a leader in fire safety. We manufacture industry-leading fire and smoke curtains, and provide educational training courses and consultancy.