Could artificial intelligence fight fire before it starts?

Social media bots, machine learning and virtual assistants. This technology drives industry and our day to day lives, and gets called “artificial intelligence” quite often – but the truth is, we’re still lightyears away from true AI. What we do have is very powerful software that can be fed data, learn from it and essentially predict the future. Can it help us beat the most challenging fires? 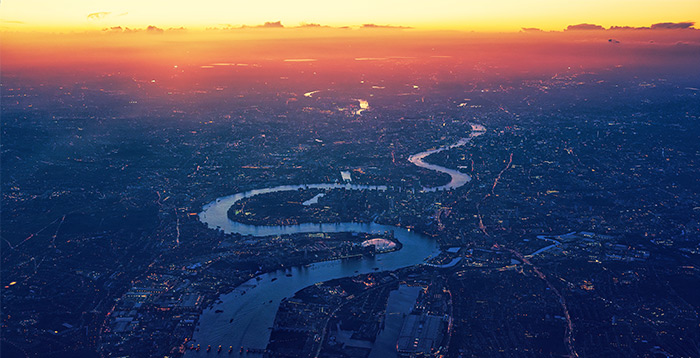 We’re Not Yet Living in the Age of AI

The term artificial intelligence, or AI, is bandied around liberally by tech companies promoting software tools and products. This might lead some to believe that we’re living in the AI age. Nothing could be further from the truth – true AI would have the same thoughts, emotions and creativity as us, transforming the world in as yet unknown ways, for better or for worse.

It would be indistinguishable from a human being in all ways, maybe barring appearance. The Turing test is often cited as the measure of artificial intelligence – whether a human can tell the difference between an interaction with another human and a machine that exhibits intelligent behaviour.

But since Alan Turing’s idea was raised in the 1950s, things have changed quite considerably. Machines can more or less mimic human conversation and behaviour to a level that could pass the Turing test at least some of the time. While that’s an incredible achievement, it’s not true intelligence; it’s more of a parlour trick with clever programming.

What we have at present are predictive algorithms and machine learning – extremely useful, fast-thinking software that can help human users make better decisions, especially in critical situations.

Machine learning can already do amazing things. It could already be in your smartphone, making your photos better, or predicting your behaviour and optimising the device to suit. You probably don’t even know it’s there – but it’s always learning and improving.

By feeding a machine learning program huge samples of data on a particular topic, it can find patterns and accurately predict outcomes, maybe even the future. Soon, we could have a huge advantage over diseases, predict natural disasters and be able to predict major fires before they even start.

One of the largest, most prevalent and most oppressive disasters in the world today is wildfire. The Amazon rainforest and the US state of California suffered terrible losses on an environmental and human scale, in some of the most pressing ecological disasters of recent times.

Because forests are so vast, finding fires often occurs when it’s too late – spotted by planes flying overhead, or discovered by chance encounters. Now, new machine learning algorithms in artificial satellites orbiting the planet could help find them more quickly.

Back on Earth, systems are being developed to stop wildfires before they even start. Two school students from Cupertino, California, built a system that can accurately predict the probability of a wildfire down to a 100 metre square. It works by measuring moisture, available fuel and other environmental factors, and running an algorithm to predict the likelihood of a fire breaking out.

Using machine learning, the university team was able to predict the probability of fires with an impressive 90% accuracy. The data supplied to the algorithm told students which neighbourhoods were most at risk, allowing the Seoul Metropolitan Fire and Disaster Management Headquarters to deploy firefighters and patrol the most vulnerable regions.

Thanks to the success of the experiment, other big city issues like crime and accessibility will be attempted next.

The Future of Fire Safety

True artificial intelligence might be a way off – but at Coopers Fire, we’re always developing, testing and improving our products, to keep us at the cutting edge of fire safety. To find out more about our products and services, or to enrol in one of our educational training courses, call us on 02392 454 405 or email info@coopersfire.com.