The challenge of building a robotic fire fighter

The 21st century has so far been a golden age for robotics. Drones, fledgling artificial intelligence, machines capable of four-legged and bipedal walking, emerging autonomous vehicles – it’s all happening, and very quickly. But the challenge of building robots to take over the most dangerous jobs in the world might not be met in our lifetimes. Decision-making may always be something humans have to do – especially in life and death scenarios. 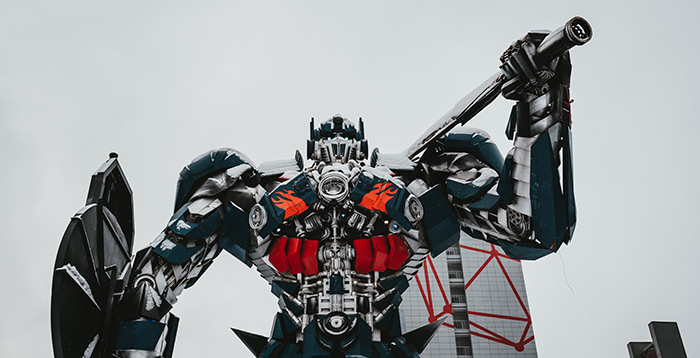 Wheeled robots – from exotic space explorers like Mars Curiosity to the humble radio controlled car – are commonplace today. But wheels aren’t very good at climbing stairs or navigating rubble, and they get stuck easily. For a firefighting robot to be as effective as a human firefighter, it has to be able to walk. It needs hands to carry equipment, open doors and pull people out of danger. It needs all the abilities of a human being.

Making robots walk unaided was a monumental task. Carmaker Honda almost single handedly developed bipedal walking robots while developing ASIMO – the cute, loveable robot that became the de facto mascot for the company – during the late 1980s. Honda built upon the work of Miomir Vukobratović, the Serbian mechanical engineer who pioneered the field of humanoid robotics. He developed the concept of zero moment point – the key ingredient to describing legged locomotion in machines.

By 2011, after decades of research and development in a wide range of fields, Honda had realised the final version of ASIMO – with extraordinary abilities.

Walking, running, dancing, object recognition and tracking, autonomous navigation and uncanny levels of human interaction are handled by some of the most sophisticated hardware and software in the world. With further development, ASIMO could have replaced humans in countless roles – including fire and rescue.

And yet, today, the machine intended as a mobility and care assistant is little more than a Disneyland attraction. The ASIMO project has been shelved.

There are inescapable limits at play with current technology; battery life and the astronomical cost per unit to name but two.

The biggest challenge is artificial intelligence – instilling a machine like ASIMO with thought, ethics, values, desires, creativity and will; allowing it to give itself instructions, to know what to do in particular or somewhat novel situations, and to improvise in completely alien situations.

That’s a very loose description of human beings – which opens an ethical can of worms over the effective enslavement of a thinking, feeling race of mechanical life forms, forced to enter burning buildings to save human lives. That’s a debate for another day – maybe when we’re closer to achieving something close to artificial intelligence, which is probably decades away.

Right now, machines like ASIMO or the creations of Boston Dynamics are impressive (or frightening, depending on your outlook), but little more than curiosities at this stage. Their potential, if given independent thought and autonomy, is obvious. In developing these machines, we human beings may have already signed away our supremacy over the world.

If that all sounds a little menacing – try not to worry. This is what the best of current tech can do, without programmed actions:

Meet the Robots that do Dangerous Jobs

Robots are used widely today for tasks too dangerous for humans – like bomb disposal.

Bomb disposal robots changed the game completely – but they’re radio controlled, not autonomous. A human “pilot” navigates and controls the manipulator arm, with cameras and sensors for feedback.

The technology in self driving cars could be applied to these machines in the near future, giving them primary control over navigation – especially useful in conditions where human senses would falter (smoke-filled environments or darkness). Decision-making will have to fall back to humans, though, at least until artificial intelligence can consistently make difficult judgement calls that most humans would agree with.

Rescue robots can go places that people and dogs can’t – and they can find survivors buried deep in rubble. Their eyes and ears underground give humans on the surface the information they need to act; and their role in rescue operations can help save lives that would have otherwise perished in the most unthinkable ways.

The Future of Fire Safety

Robotic firefighters might be a way off – but at Coopers Fire, we’re always developing, testing and improving our products – to keep us at the cutting edge of fire safety in a changing world.

How to Protect your Premises from Arson

Arson has been a nuisance to many people for many years. The burden of economic loss to people, local authorities,…
Previous Back Next