A History of Commercial Fires

Commercial fires have a long history – from London’s Tooley Street warehouse fire in 1861 right up to Belfast’s Primark store catching fire in August 2018. In this article, we’ll discuss some of the biggest commercial fires and legislations that were created in the aftermath. 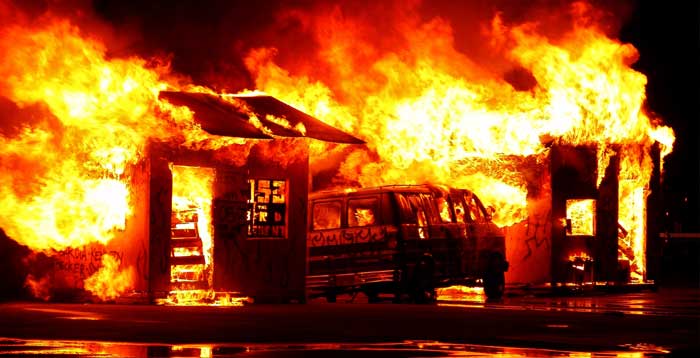 Why Commercial Fires are Different

Fires are disastrous no matter where they occur, whether accidental or caused by arson. Likewise, the effect that a fire has on people and businesses is dramatic. As always, prevention is the key – and commercial buildings are subject to far more stringent safety standards and legislations than domestic buildings.

All commercial buildings in England and Wales must follow The Regulatory Reform (Fire Safety) Order 2005. All non-domestic buildings must adhere to the standards set out in this document.
The key areas under this legislation are:

You can read a short guide to making your premises safe from fire here. 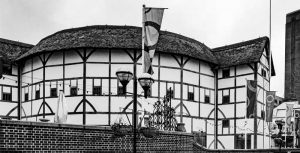 During a performance of Henry VIII in 1613, a small spark from a cannon accidentally set the roof on fire. In under an hour, the entire theatre was burnt to the ground. It was rebuilt and reopened within a year – only to be torn down by Puritans in 1644 who thought that theatres were evil. 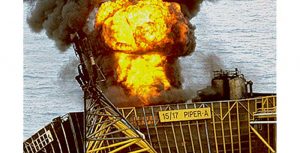 Piper Alpha is an offshore oil and gas platform in the North Sea. It suffered a catastrophic explosion in July 1988, which is regarded as the worst offshore oil disaster in UK history. It took the lives of 165 of the 226 crew, and two crew from the standby vessel. 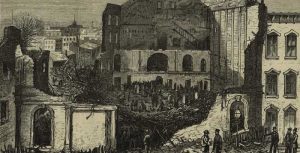 On December 5th 1876, during a performance of The Two Orphans, the Brooklyn Theatre caught fire. The fire started on a piece of canvas from the spare set in the fly space. The crowd became panicked, leading a crush to exit from the building as the fire took hold. All 900 seats were filled that night – the fire led to the deaths of nearly 300 people and injured hundreds more. 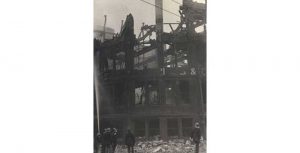 The Booths Clothing factory was conducting business as usual until the fire broke out. The fire was started by a smoker’s pipe that was accidentally left alight in a raincoat pocket. The building was destroyed by the fire, killing 49 people – most of whom were women and young girls. Many were trapped in the upper floors of the five-story building, as it did not have a fire escape. 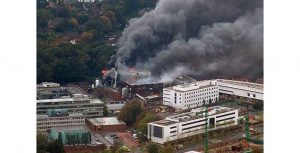 The University of Southampton’s Mountbatten building is home to the ORC (Optoelectronics Research Centre). Gas canisters exploded inside the building, which ignited various chemicals. The chemical vapours meant that firefighters were unable to use conventional methods to fight the fire. It took 100 firefighters over ten hours to bring the blaze under control. It claimed no casualties – but caused over £50m worth of damage. 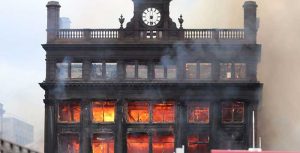 On Tuesday 28th August 2018, a fire broke out at the top of the five-story Primark in Belfast city centre. The B1 Grade building, built in 1785, was ablaze for 3 days. It took more than 100 firefighters and 14 types of firefighting equipment to tackle the blaze. The fire gutted the building, putting it in danger of collapse – which led to the closure of surrounding businesses and streets. Thanks to a swift evacuation protocol, nobody was harmed. 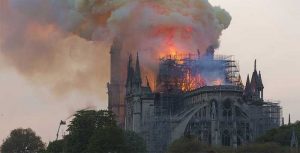 The most famous cathedral in Paris was extensively damaged by a structural fire that broke out beneath the roof. Flames spread, engulfing the roof and spire. Fortunately, the stone vaulted-ceiling prevented extensive damage to the interior, which contained the burning roof as it collapsed. Works of art and religious relics were saved, although some were smoke damaged. Only three emergency workers were harmed. 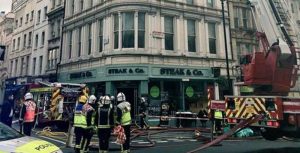 The Steak and Co restaurant’s ventilation system caught fire on the morning of 22nd January 2018. The fire quickly spread to the first and second floors, which contained offices. Three people immediately evacuated with firefighters evacuating seven more. There were no injuries – but the road outside was closed and bus routes diverted. 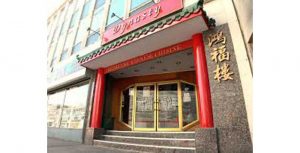 On the 16th March 2015, a fire broke out at the Dynasty Restaurant in Bristol. Nobody was injured – but following an inspection the day after from fire officials, a series of fire safety breaches were discovered. These violations led to a suspended sentence for the restaurant owner, along with a fine. The inspection highlighted the following:

What We Can Learn from These Incidents

Historical fires have led to changes in legislation. These tragedies have influenced modern design to be as safe as possible. Likewise, modern fires highlight areas for improvement – and fire safety inspections in the aftermath ensure that people are held responsible for fire safety.

At Coopers Fire, our products exist to ensure the safety of all building inhabitants, to protect buildings – and to reduce the impact of fires if they do happen.

Speak to our team today about any of your commercial fire safety concerns and how we can help safeguard your business from fire.

Benefits of having fire curtains in schools

Why Install Fire Curtains in Schools? Fire curtains and smoke curtains are, as their names suggest, curtains that prevent the damage and threat…

How to carry out a simple fire-risk assessment

Ensuring your business premises are adequately protected from the risk of fire is not just a point of law. It…

How do fires start?

Fire needs fuel, oxygen and heat, in the right combination, to occur naturally. If just one of those elements is…

Fires on Mars? How to Uphold Fire Safety Off-Planet

In May 2020, as the world grappled with life in lockdown and a deadly virus, things couldn’t have looked more…
Previous Back Next