Beauty is in the eye of the beholder – but in architecture, there are countless examples of buildings that are universally acclaimed for their impressive designs. What makes these structures impressive, and how do architects achieve this through design? 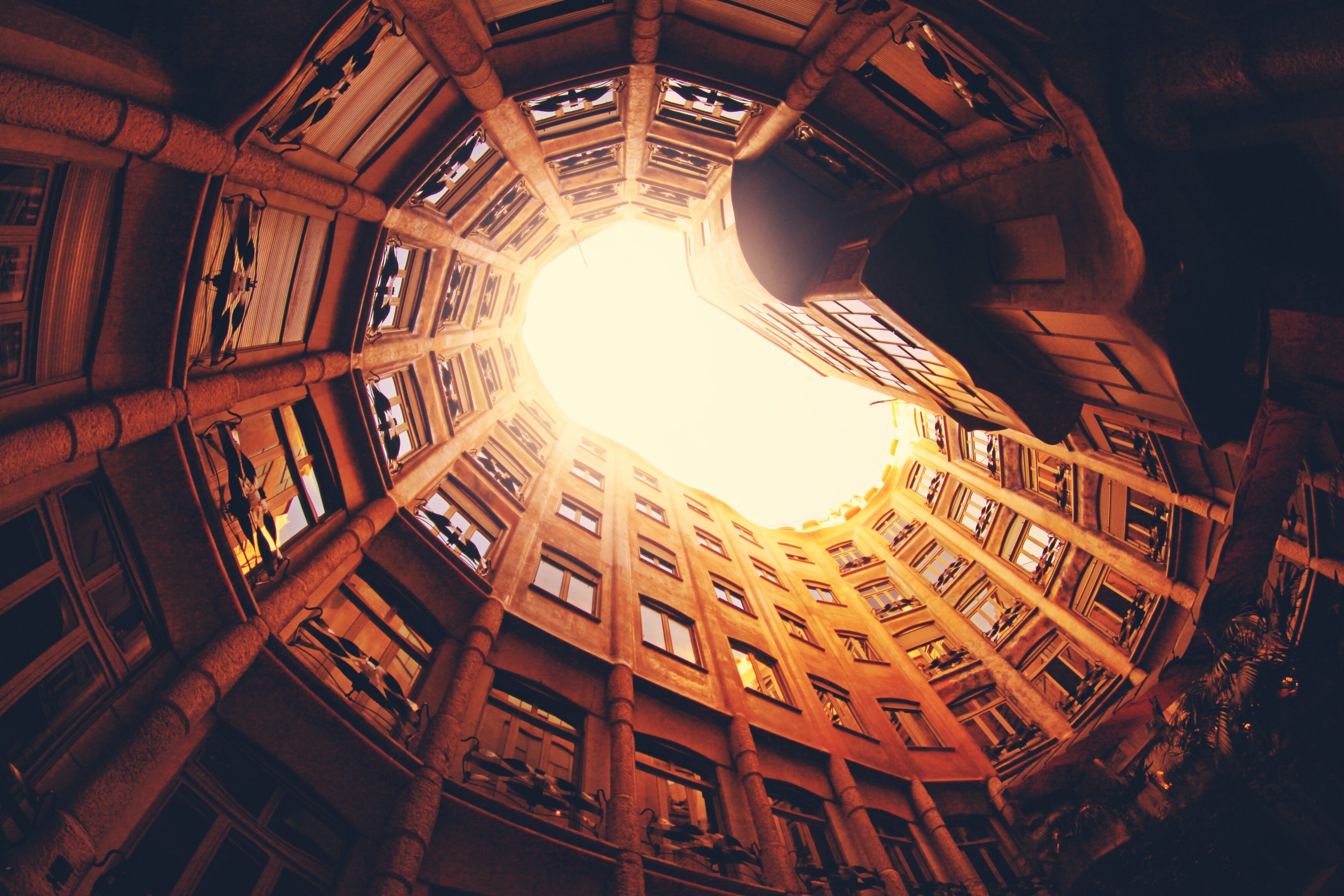 Perhaps the most obvious attribute, size can make a building at once imposing and impressive. It’s probably the first thing that springs to mind when you picture an impressive structure: your mind is drawn instantly to the Empire State building or the ancient Egyptian Pyramids.

Scale impresses us, and has been used throughout the history of architecture to make grand and iconic structures. Historic cathedrals, mosques, temples and synagogues are all grand in scale, and the design and construction techniques that give them a powerful presence have trickled through the ages into modern design.

The race to the rooftop of the world has slowed somewhat since the advent of the skyscraper, and the Burj Khalifa has remained the tallest building in the world since it was completed in 2009.

Size and height are objective – but scale can be subjective, implied or even manufactured with effect internally.

Ceiling height, windows, skylights and feature placement all contribute to the sense of scale in interior design. Open-plan spaces and atriums impact the perceived size of a building, instilling wonder on first impression.

But size alone isn’t enough to make a building impressive; after all, warehouses are enormous both inside and out, but rarely described as impressive. Other factors come into play – and even at the grandest scale, it’s the sum of many details that give a space its final form.

Steel and concrete are base construction materials, but they can be used to staggering effect. The Guggenheim museum in New York City is striking, unusual and incredibly impressive – but it was achieved with little more than steel and concrete. The design is what makes all the difference to the Guggenheim; there’s no other building quite like it.

Design details ultimately play the most important role in how a building is perceived, and materials are an integral part of design. Stone and wood, brick and glass – each element has attributes that add to the feel and character of a building. There’s no wrong answer, but generally, most people are impressed by materials that have clearly taken time to craft into a building; carved stone and wood, detailed engravings and intricate brickwork. Combined with an overall aesthetic of curves or sharp lines, materials and design go hand in hand in creating an impressive building.

Think about the stained glass windows of cathedrals; on the face of it, they’re simply coloured glass. But the design brings that glass to life, and the light that passes through them fills the space with the feeling that the design inspires.

How a space sounds can be as important as how it looks, and in the most famous examples of impressive buildings, acoustics have been deeply considered. Again, this stems back to cathedral design, where acoustics were crafted to amplify the voices of choirs and those giving sermons. The knock on effect is a space that sounds as big as it looks and feels – and the practice of designing acoustically as well as visually goes on today.

Acoustics in open-plan spaces can quickly become a problem if they’re not considered at the design stage. Unwanted buildup in specific frequencies, “slapback” echo and acoustically reflective finishes can cause considerable discomfort to occupants. The shape and dimensions have the most profound impact on acoustics, and designing absorbing or amplifying structures into the design can heighten the experience of a building.

At  Coopers Fire, we specialise in bespoke smoke and fire curtains for large spaces, heritage buildings and specialist environments. We’re available to consult from the earliest design stage, and have worked closely with some of the world’s most prominent architects and interior designers.

Fire safety equipment, such as fire extinguishers, fire alarms and even fire curtains, on the whole, do not have an indefinite lifespan.…

As soon as a fire has been detected and alarms have been sounded, all of the occupants of a building…

Coopers Fire took the Tough Mudder Challenge on Saturday 29th September to raise money for the Children's Burns Trust. We…
Previous Back Next