It’s amazing to think that fire escapes haven’t always been an important part of architecture and design – but prior to the 20th century, there were no regulations in place. That didn’t stop fire escapes being designed – even if they were extremely dangerous to use themselves! The history of fire escapes is anything but bland. Almost unbelievably, fire escapes have played a significant role in culture and art – not to mention saving countless lives. We’re going to go into more detail about some of the more unusual fire escapes we’ve discovered in this blog. 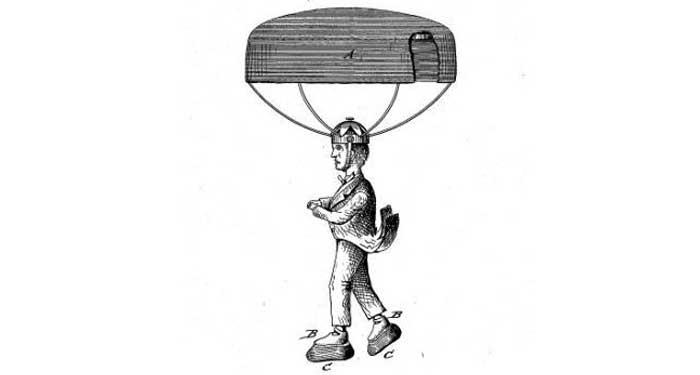 History of the fire escape

The birth of modern metal railed fire escape that you’ll frequently see in cities like New York comes from the mid-1800’s, but they weren’t the first design available. The first fire escapes date back to the turn of the 20th century, when civilization as we know it burst into action during the industrial revolution. This meant more factories, machines, housing for the workers and a huge amount of fire.
Fire-related deaths were high, with a large number of people getting trapped in factories or residential buildings with no means of escape. This was during a time when firefighters weren’t coordinated and were severely overworked, so the likelihood of the fire being put out before people could escape was low. One of the first fire escapes documented was invented by Daniel Maseres in 18th century England. His device easily connected to the window and enabled you to descend safely to the street below.
The fire escape developed through a variety of forms, some of which we’ll discuss below, before it settled on the infamous Z shaped steel stairs. These stuck around for a long time before their flaws became prevalent and regulation was introduced to improve fire safety. These fire escapes were renowned for being flimsy and unmaintained by landlords, meaning when they were needed they broke loose from the walls as seen in the photograph “Fire Escape Collapse” by Stanley Forman. They were also flawed heavily as any fires on the lower floors meant flames and heat from the escape windows would also heat up the escape and make it in-passable by upper floors.

The world began to experiment with novel ideas for fire escapes, some of them being downright bizarre.

Wings work for birds, so why wouldn’t they work for humans? This patent was filed in 1908 by Pasquale Nigro who imagined all those who donned these wings would be able to glide to safety from whichever building was on fire.

This ridiculous contraption is a combination of a parachute helmet alongside cushioned boots. So you can leap from the building, float down to a comfortable stop on the floor. Unfortunately B.B Oppenheimer didn’t think about the risk of having your legs or even your neck broken during the fall!

Houghton had a less ridiculous patent idea, a simple rope with pegs to allow its user to climb down to safety. He even pitched this to travelling salesman, with a easy to carry suitcase that fit the rope inside for the man on the move. The downfall was that it would be very challenging to keep steady and climb down at the panicked speed its user would want to be moving at.

Some of these original patents also featured chutes like the one above patented by L. Anidjah, essentially a long sack a user jumps in and slides down to the ground. This simple concept is actually still used today! High rise buildings around the world have a version of this chute made from Kevlar to ensure it stays cool and is flexible enough to allow the users to spread out to slow down without hurting themselves.

This leads us onto the classic and probably the most simple fire escape out there – the slide. For most of us we’ve only experienced slides in parks as children, but back in the 1800’s many buildings created external metal slides to be used in emergencies.
These slides can still be seen around older buildings in America and even in Liverpool, UK. The majority of older UK fire escapes have been removed and replaced with modern alternatives. These slides would have been used in schools, residential buildings, offices, factories and even hospitals. Hospital slides were built extra wide to allow extremely sickly people to be loaded on with their mattress, still tucked into bed.

There are a few places where slides are still in use as fire escapes, such as this playschool in Korea. It’s been made to look like a childs play slide to stop children panicking in what could be quite a scary experience.

Aeroplanes still use slides to disembark from aircraft during an emergency. They are normally inflatable allowing the users to jump from the door and slide down to the ground safely.

The most unusual use for a slide is actually at Cape Canaveral, a NASA rocket launch pad. NASA are innovators, creating some of the world’s most used materials from Memory Foam to invisible braces. They took a more simple approach to their emergency exit, a simple slide from ground level into a bunker that could withstand an explosion above and sustain 20 people for up to 24 hours.
Cape Canaveral also utilise a zipline style escape route from the launch platforms, where staff and astronauts could simply jump into the harnesses and zip a quarter of a mile away in around 30 seconds.

Fire escapes are still being worked on, with new inventions arriving all the time. Fires aren’t as much of a risk as they previously used to be, especially when there are so many fire prevention tools available and automated systems to note if there are any problems. But, People are still keen to create new ways to escape from fires, especially in high rise buildings.

If you’re an avid rock climber this will look familiar to you, abseiling down the outside of the building. It may not be the option of choice for those with a fear of heights, but it will get you to the ground quickly! There are companies such as SkySaver who create harnesses which slowly deliver the users to the ground without the need for controlling your descent personally.

Finally, you have the classic, ever faithful fireman’s pole. A simple pole that allows you to effortlessly slide from one floor to another. Pioneered by the early firemen, to cut down time running down the narrow curved staircases, and now favoured by interior designers. They are rarely seen in commercial environments but people are looking to have them installed in their own homes, not only as a fire escape but as a design piece.

Guiding the way for a safer fire exit

At Coopers Fire, we create innovative smoke and fire screens, which cut down on the need for a dangerous journey to your fire escape. We’re always developing our products to keep us at the cutting edge of fire safety. To find out more about our products and services and how they help clear paths to fire exits, or to enrol in one of our educational training courses, call us on 02392 454 405 or email info@coopersfire.com.

Back in Business: Maintaining Fire Safety After Lockdown

While there’s still a lot up in the air at the moment, some offices have returned to business. But was…

Beauty is in the eye of the beholder – but in architecture, there are countless examples of buildings that are universally…

September has been a busy month for promoters of fire safety. Hot on the heels of the CFOA UK Business…
Previous Back Next