Rainforest fires are not irregular; they happen all the time, usually following the seasons or under controlled and sanctioned land clearing. During July and August 2019, fires in the Amazon rainforest spiked to intense levels – the worst in over a decade. Huge deforestation and land clearing have set deep scars into the landscapes of Brazil, Bolivia, Paraguay and beyond. What does this mean for people, the planet and the future? 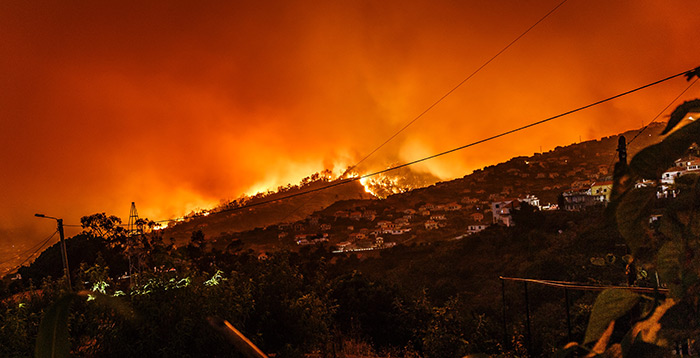 Although talks of an “apocalyptic” event may be slightly exaggerated – that shouldn’t alleviate people’s concerns. The damage done this time around is severe, spanning multiple nations and impacting countless people. It’s not known how much has truly been lost, because the rich treasures of the Amazon have barely been catalogued – but we know that tens of thousands of fires, perhaps as many as 40,000, have started all over the forest, and many are still burning.

If the fires were to continue at a similar rate, apocalyptic would be a most apt description of the situation, at the very least locally. Brazilian armed forces have been deployed to bring the fires under control, but in many places, it’s just too late.

First, the human impact; millions of people live in the portion of the Amazon rainforest covering Brazil. Financially poor, the forest is their primary provider – so it must hurt their community deeply when the land reserved for conservation and indigenous peoples is routinely invaded by those seeking monetary profit.

With no forest to call home, countless indigenous people could die. Millions more would be displaced, thrust into a world they’ve never been equipped to survive in.

Next, the environmental consequences; both direct and long-term. The Amazon hosts unique species of animals, plants and fungi – it’s one of the richest biomes in the world, a place of staggering diversity and beauty. The loss of land means loss of species in the short-term. It also decimates the planet’s ability to store carbon.

This isn’t, as some would have you believe, about oxygen; contrary to the 20% figure tweeted by politicians and celebrities, the Amazon rainforest actually produces roughly 6-9% of the world’s oxygen, which it then mostly consumes itself.

The mind-boggling number of trees lost and the carbon that they store (which they promptly release upon burning) makes a significant impact on the planet. The Amazon is one of the most effective atmospheric carbon sinks that the world has.

Up to 2 billion metric tons of carbon are stored by the Amazon every year. Less forest means less carbon reclamation, which means accelerated climate change.

And the Amazon isn’t the only rainforest being hacked away at for profit. Borneo, split between the nations of Malaysia and Indonesia, is being rapidly burned to clear land for palm oil plantations. The Congo Rainforest – the world’s second largest – has only just begun to recover from the heavy destruction that befell it in the 2000s.

The cause of the Amazon fires is, simply, capitalism. The Brazilian economy relies on agriculture and business expansion which requires land – and the forest is in the way.

The industries of the world need what Brazil and other rainforest nations produce. Until the demand is gone, rainforests won’t be safe – because the countries harbouring them need economic stimulation to combat the poverty and deep divides within.

Solutions involve investment in carbon storage and offsetting – selling carbon storage to other nations. While some of today’s most powerful world leaders are in the grips of climate change denial, that’s going to be a hard sell.

In early 2019, we covered new fire prevention technology being deployed in California to help combat forest fires. Could the same approach be used in the Amazon?

Sadly, no. the infrastructure isn’t there to cover such a vast area, and installing it would mean further deforestation, defeating the point. But there may be some hope in using drone patrols with thermal imaging tech to survey the area regularly, catching wildfires and unsanctioned burns, giving responders time to react.

This approach could be used alongside satellite imaging, currently used sparingly in the region to monitor the progress of the fires. However, this is a monumentally expensive solution in a region already in the throes of poverty, which is effectively the reason the rainforest is being cleared anyway.

The real need is a change in attitude and economic models.

It’s hard to see that change coming around in time to save the rainforests of South America and sadly, humanity only seems to do the best work when it’s on the brink of doom.

We’re still hopeful that science and evidence will be enough to sway the right people into action, and that a new, sustainable model can be achieved that benefits everyone – and keeps the fires of the Amazon under control.

At Coopers Fire, we’re always developing, testing and improving our products – to keep us at the cutting edge of fire safety in a changing world. To find out more about our products and services, or to enrol in one of our educational training courses, call us on 02392 454 405 or email info@coopersfire.com.