Has space exploration saved our lives?

There are a lot of people who wonder why humankind has poured so much of its effort into exploring space. Why has a species with so many worldly problems decided to tackle the challenge of space travel? All the money, resources and even lives lost – what has it done for everyday people? 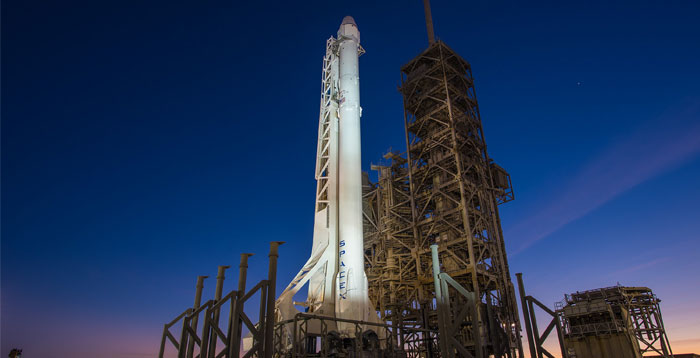 What Space Travel Has Done for Us

Apart from the obvious “evil” applications of space travel (spy satellites and the ability to send a nuclear weapon to any part of the world), the benefits of becoming a spaceward species seem to have passed most people by. The Space Race between the US and former USSR that ran from the late 1950s to 1970s was purely a display of power; the nation that dominated space travel would dominate the political landscape too.

It seems childish, but that’s basically what the space race was – a game of “anything you can do, I can do better”. Everything that happened during that era, from sending the first person into space to landing people on the moon, was done in a battle of technological superiority. It spawned some of the most creative solutions and ferocious machines ever built. Humans travelled further from home than anyone else in history and toppled milestone after milestone along the way. It was a period of intense advancement that took humans beyond our home for the first time – but contrary to popular belief, the whole planet benefited from it.

The byproducts of the space race were communications satellites, powerful batteries and smaller computers – things we’d be lost without today. It also gave us safer cars, safer roads and better fire safety. Of all the advancements that came from the space race, improved fire safety was perhaps the most unexpected; because tragically, it hadn’t even been considered properly prior to the Apollo 1 fire.

Fire on the Launch Pad – Apollo 1

The goal of landing humans on the moon was made all the more difficult by the time constraint: in 1961, President Kennedy pledged to the American people that it would happen before the end of the 1960s. This meant strict deadlines and narrow time windows – it was a race, after all – but there was an element of carelessness, and possibly a misguided sense of invincibility that emanated from the team in the lead.

During a launchpad test, a fire broke out in the command module of Apollo 1 with the crew inside. The velcro seat straps holding the crew in their seats and multiple components of the interior were highly flammable – which when combined with a pressurised, pure oxygen environment, caused a rapid spread of flames. The spacecraft had a single means of escape: a tiny hatch that the crew crawled in and out of.

The inner leaf of the hatch opened inwards, and was held shut by pressure in the cabin as it was designed to – but the pressure caused by the intense heat of the flames far surpassed the limits of the system. The cabin pressure couldn’t be vented and the crew was trapped inside, helpless. Nothing could be done in time to save them.

The Apollo 1 fire was lethal to all three astronauts caught in it. This single, tragic event changed the face of fire safety in space and on Earth forever.

Fire can’t burn in the near vacuum of space; but a spaceship pressurised with pure oxygen and brimming with explosive fuels is another matter. Fire behaves very differently in microgravity than it does on Earth at 1g. Fire safety in space has to take into account the lack of gravity and continuous pressure, which causes flames to radiate outward in all directions, and means that smoke doesn’t rise.

Thankfully, spaceship fires are rare events – due to the lessons learned during the launchpad fire suffered by the crew of Apollo 1. Advanced, fire-resistant materials have been developed for use in space vehicles, which in turn have helped protect us here on Earth.

Philosophical Importance – The Future of Humanity

Space travel has spurred the development of life-changing and life-saving technologies. Advanced prosthetics, artificial hearts and fire-resistant materials have all made our lives safer and better to live. In the future, space travel itself could save us all.

As we look to the future of our planet, we know one thing for certain: it won’t last forever. Earth and all life on it will come to an end when the sun exhausts all the fuel within it – maybe even before. If our species wants to continue to exist and evolve, it has to escape. We’ll need to find a way to live among the stars, and our only hope of doing so is to continue developing our space exploration technology.

Space travel has had a huge cultural impact on us too. Humankind’s trips to space have shown us the value of our planet – only by leaving it and observing it from the most inhospitable environment ever encountered can we fully appreciate what it means to us. In the vast blackness of space, where our nearest neighbour is a lifeless rock 250,000 miles away, this is the only place we can live. All of human history happened right here, on this pale blue dot hung in the heavens. This is indeed a precious world – so let’s work together to make it safer and happier for all.

A Future of Fire Safety

We at Coopers Fire recognise the need for scientific advancement. Endeavours like space exploration have benefited humanity in so many unseen ways, including keeping us safer from fire. We’re always developing our fire curtains, smoke curtains and fire safety courses to keep us at the cutting edge of fire safety.

Every year, thousands of tonnes of perfectly recyclable sofas are thrown away for not having a fire safety label intact…

The essentials of fire safety training

If you operate a business within the UK, you are required by law to have fire safety training in place for all…

Promoted by the Chief Fire Officers Association, the annual Fire Sprinkler Week took place between the 16th and 22nd of March…

House fires started by Christmas trees are thankfully quite rare – and thanks to better education and information, prevention and…
Previous Back Next