A recent incident in a Yorkshire public house has acted as a sober reminder for owners of all licensed premises to take the matter of fire safety very seriously. A fire and subsequent explosion saw over two hundred people evacuated from the pub.

During an investigation by local fire authorities afterwards, a number of fire safety regulations were found to have been breached. Directors of the company that owns the pub received heavy fines and suspended prison sentences.

Fortunately, thanks to the quick work of the local fire authority, nobody was seriously hurt during the emergency. However, the whole incident simply serves to highlight the fact that the issue of fire safety is rarely covered by licences these days. In many cases, fire safety in licensed premises is left in the hands of the individual manager in question. 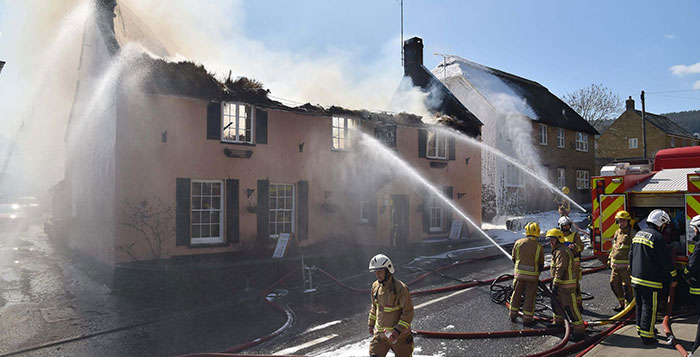 A pub may also start to serve food, requiring the building of a suitable kitchen. Each time such a change occurs, it should be assessed accordingly. Fire safety equipment such as alarms, smoke detectors, extinguishers and fire curtains also must be checked frequently and serviced periodically.

Although all staff should be made aware of fire safety procedures within their place of work, the licensee should appoint at least one (or more, depending on the size of the premises) competent person to act as a fire warden. This person can then assist the licensee in carrying out fire risk assessments, monitoring daily activities and, if required, taking preventative action.

Beauty is in the eye of the beholder – but in architecture, there are countless examples of buildings that are universally…

Airport fire curtains are changing the way airports are built

In the past several decades, unfortunately, there have been several airport fire tragedies. These sadly could have been prevented or…

Coopers Fire will be present at a variety of different UK exhibitions and conferences throughout 2019. This will give you…

In the know: Architects and fire safety

Although it often feels as though buildings spring up overnight, there are strict building requirements and regulations that need to…
Previous Back Next