Fire damage: What can a building survive?

Buildings are pretty tough. Most can stand for centuries with the proper care. Fire can be the end of even the toughest structure in the world – but what are the limits that buildings can withstand? 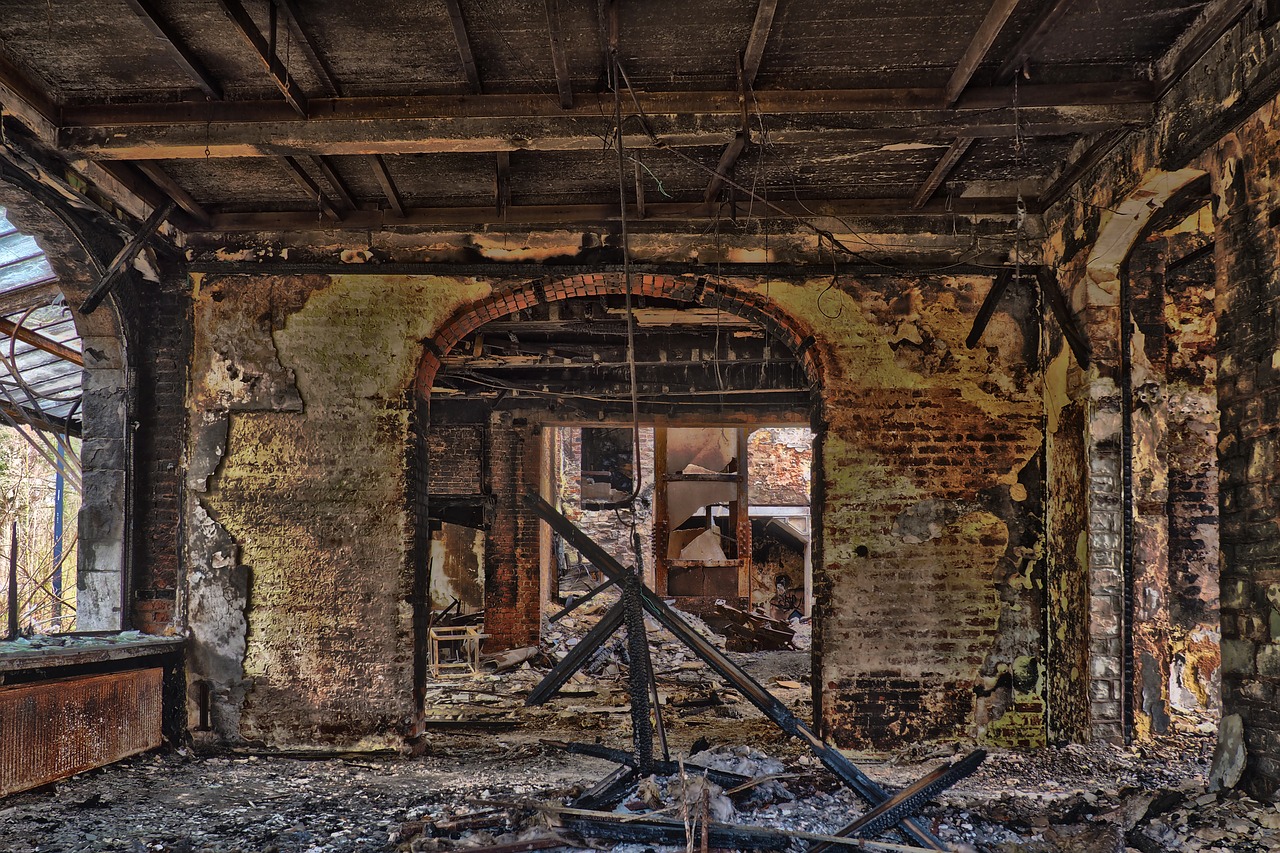 When is a building considered unsafe after a fire? Usually, local authorities will act in the aftermath of a fire, to assess the structural integrity of a building. No material is immune – but timber is more susceptible to total destruction than steel, so wooden framed structures are far more likely to require demolition after a severe fire. That makes historic buildings the most vulnerable to total destruction.

Steel can be distorted by intense heat. Bolted joints are weak points – bolts can lose their mechanical properties and become unsafe. An assessor would examine the steel and bolt joints for signs of distortion and weakening, to see if repairs are possible or if the building needs to be demolished.
Superficial damage can often make the situation appear much worse than it is – but expert cleaning teams and hazardous waste disposal specialists work to clean up a site and rescue as much as possible. If what lies beneath the ash and rubble can be salvaged, the building will survive.

Historically, natural stone buildings have proven their effectiveness – surviving weathering and fire – but even stone can’t always win against fire.

Buildings that Survived the Great Fire

Somehow, several prominent buildings survived the Great Fire of London and continue to stand today. In 1666, the fire destroyed much of central medieval London, leaving an estimated 70,000 of 80,000 people homeless. 75% of the city was completely destroyed over four days of continuous burning, where the core temperature of the fire is estimated to have reached 1,250ºC.

Although not unscathed, London Guildhall survived, as did the Staple Inn and the Tower of London. Some buildings survived thanks to intervention – firebreaks (pulling down adjacent buildings before the flames could spread) kept prominent buildings safe – but most structures perished, even with help. Natural stone buildings had an advantage, but the intense heat changed their mechanical properties, causing some lose strength and crumble.

Not every building in the world uses modern fire protection, fire curtains and fire resistant materials – so buildings still burn down.

Losing the museum was a national tragedy for the people of Brazil, and a loss to the whole world. Centuries of ancient knowledge and culture, destroyed. Biological specimens turned to ash. The damage to the building has since been deemed irrecoverable, and any attempts of salvage will be purely superficial – the structure is unsafe, but the facade may be usable.

This fire may have been caused by an electrical fault or a stray sky lantern; either way, the building was dilapidated and lacking in even the most basic fire protection. Had there been systems in place, the loss of invaluable artefacts and a costly reconstruction project could have been avoided entirely. To make matters worse, the building wasn’t insured.

In August 2018, the Primark store in Belfast caught fire. The listed five-storey building was at risk of collapse at the time of the fire, and the majority of the internal structure is destroyed. Most of the outer facade might survive, if a plan to partially deconstruct, repair and rebuild is approved. The building as it stands today is too unsafe to restore without a partial teardown – the hope is that as much of the authentic structure can be salvaged as possible.

The fire is thought to have started on the roof or the upper floor of the structure, spreading down to engulf the whole building.

What Destructive Fires Have Taught Us

Fire spreads fast, gets unimaginably hot and causes massive damage to materials thought to be impervious to fire. Fires are deadly, costly and at one point brought the City of London to its knees.

Historic buildings that have survived centuries of wars and change are the most vulnerable – ill prepared for the future they inhabit. Many comply with modern fire safety, but keeping them safe clearly requires intervention.

Coopers Fire has manufactured and installed bespoke fire protection for historic buildings, including the Royal Albert Hall, the British Museum in London, York Minster and the Royal Palaces.

Knowing the value that these buildings hold, we’re dedicated to their protection. To find out more about our products and services for historic buildings, call us on 02392 454 405 or email info@coopersfire.com.

The world grows upwards every day, as new buildings rise from the ground. We’re always looking for more space to…

Why Fire Curtains are Essential For Schools In many schools, open-plan spaces are central to their functioning. For example, sports…

High rise living comes with risks – and it has clear advantages, too. It’s cheaper to buy a flat or…

Qatar was once reliant on pearls. Before the 1940s, Qatar was excruciatingly poor – until oil was discovered. The country was…
Previous Back Next