Modern homes are popping up everywhere, as housing attempts to meet demand. New builds are typically built with timber frames, borrowing from traditional building practices, with the added benefits of modern technology and materials. So, when it comes to fire safety, new build homes should be getting everything right – but are they? 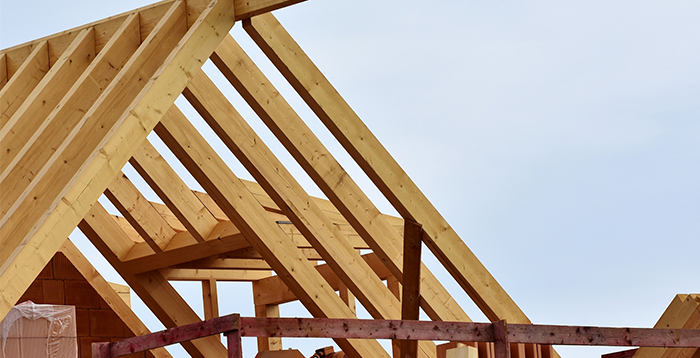 Investigating the Safety of New Homes

A BBC investigation found that thousands of new homes were built with missing or incorrectly installed fire barriers.

The investigation came about after a fire broke out at a development by Persimmon Homes in Exeter, where a discarded cigarette set the roof of one property on fire. Flames quickly spread to other homes on the development. Thankfully, nobody was seriously hurt – but several homes were damaged and destroyed in the incident.

The speed at which the fire moved from home to home was flagged as unusual. Further inspection found that 37% of the properties on the development were completely missing fire protection barriers. Some other fire barriers were incorrectly installed. Persimmon Homes quickly responded with a dedicated inspection team, but quickly realised that this wasn’t the only development with issues.

Thousands of homes were found to be at risk across the country.

The BBC investigation also found issues at developments by Bellway Homes, where an independent inspector concluded that all of the homes inspected were not fire safe.

In 2015, fire swept through a block of flats by Bellway Homes in Kent, destroying and causing damage to 45 homes. While Bellway state that the cause of the fire is inconclusive, it’s believed to be due to incorrectly installed cavity fire barriers, which have been noted at other Bellway developments.

Residents have been moved into temporary accommodation while remedial works are carried out – but how could homes built by two national developers be so unsafe in the first place?

Some new builds have come under considerable scrutiny for their sizing, development locations and general quality when compared to traditional and second-hand properties – but generally, new homes are safe.

New homes must be built to the latest best practice and regulations. This includes adding wired smoke, fire and carbon monoxide detectors (with battery backup) and the use of modern, fire-resistant materials – not to mention properly installed fire barriers to adjoining properties.

The fines for contravention are high. The damage to reputation can be irrecoverable. At worst, people will die – because corners were cut with fire safety.

Keeping Your Home Safe From Fire

If you’re a customer of Bellway Homes or Persimmon Homes, and you have concerns about your property, get in touch with them as soon as possible.

To learn more about keeping your home safe from fire, read our articles on home fire safety:

For April's charity of the month, Coopers Fire raised £110 for the Oddballs Foundation.