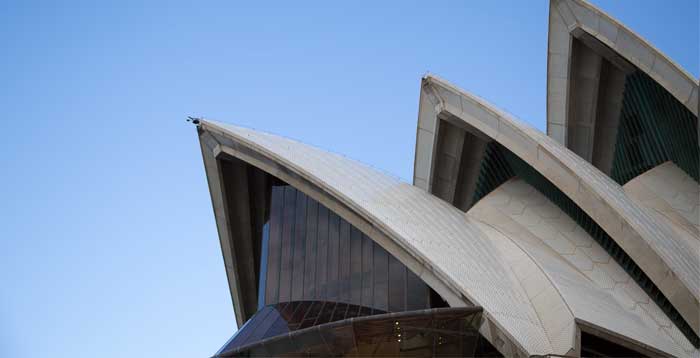 A few examples of Coopers Fire’s overseas work include the Adidas Superstore in Paris, The Sydney Opera House and Dubai’s International Airport. However, there are many more examples and if you wish to find out more, then please visit our case study section on the Coopers Fire website.

Smoke curtains work in a very similar way to fire curtains. They provide essential compartmentation, containment, and channelling from the effects of fire and smoke. Both curtains are installed to ensure safe evacuation in the event of a fire. For smoke curtains, this is achieved by stopping, controlling and often reducing the spread of smoke throughout a building.

Due to their invisibility, they enable open plan areas to be greater in size than when using other fire safety equipment and can be used in many applications.

Coopers Fire has been privileged enough to have worked on many fire safety projects in Australia. However, most notably Coopers Fire Smoke Curtain have been installed in the iconic Sydney Opera House.

Following a comprehensive tender, Coopers were appointed by the Sydney Opera House direct to manufacture and install SmokeStop smoke curtains to the Studio theatre, Drama theatre, and the Playhouse theatre.

Being a masterpiece of modern architecture, that’s admired internationally and proudly treasured by the people of Australia, the functionality and aesthetics were just as important as each other on this project:

The SmokeStop, our signature smoke curtain, is comprised of technologically advanced fire-resistant fabric encased in a compact steel housing. The smoke barrier remains fully retracted until activated by an alarm or detector signal, at which time they descend safely to their operational position.

Once fully installed and commissioned, Sydney Opera House’s management team approached Coopers to provide its staff with comprehensive training on how the smoke curtains operated. Once trained, we insisted that the Opera House staff initiate a planned program of weekly fire and smoke testing that would include the full deployment of the curtain barriers.

To ensure safety, architects stipulated that a series of smoke curtain barriers should be installed to protect the upper floors of the 1,750 sq.m store from filling with smoke in the event of a fire. Coopers Fire was commissioned to design and manufacture a bespoke smoke curtain barrier system that, in the event of a fire, would guard against smoke penetrating the upper floors of the store.

Via our regional partner, we installed a series of SmokeStop vertical smoke curtains above each escalator. There were designed to protect all means of escape for customers and staff alike, whilst at the same time controlling the spread of toxic smoke around the building. As The SmokeStop remains completely concealed within the ceiling until activated, it provides an effective method of compartmentalising smoke and protecting all means of escape.

As regulations covering fire and smoke containment systems in public buildings are becoming infinitely more stringent, leading architects and designers have turned to Coopers to help realise open plan designs, without compromising on safety. The Adidas Superstore in Paris is a perfect example of Coopers Fire’s dedication to advancing protective fire and smoke technologies.

Coopers Fire has been privileged enough to have worked on many fire safety projects in the UAE.  We have proudly installed commercial smoke and fire curtains in the impressive Dubai International Airport.

This was a huge project. The airport itself sees over 80 million passengers a year and is looking to expand in the next few years. Coopers installed almost 1000 SmokeStop smoke curtains into the terminal’s ceilings to form a grid network, that when deployed, physically divides the terminal’s vast open spaces into compartments. This strategy effectively provides an approved means of compartmentalising the terminal’s large, open spaces to control smoke from spreading to other parts of the building and endangering life. Via this strategy, Coopers Fire has protected the entirety of Terminal 3 with commercial fire and smoke curtains.

Not only did our bespoke designs seamlessly match the ceilings and remained hidden from views until deployed, they are also able to provide up to four hours of protection against a fire. It is this that really can make the difference between life and death.

Whether it is fire or smoke curtains that have been tested to UL or BS EN standards, we help designers replace non-loadbearing fire walls, fire doors, fire rated glazing and sprinklers to achieve modern, open plan environments that remain in line with stringent fire regulations.

We have an extensive product line that is designed to meet any building design – we are also happy and able to provide CAD drawings for all of our products.

Don’t be concerned if you’re not near Coopers Fire HQ it doesn’t mean that you can’t have Coopers Fire protection as we have distribution partners in each global region. Please visit our website or get in contact to learn more.

For April's charity of the month, Coopers Fire raised £110 for the Oddballs Foundation.
Previous Back Next