On 21 November 1972, a blaze tore through Robinson’s department store at Raffles Place.

It started at around 10am, when the store was busy with customers. Nine people tragically died. Eight of them were trapped in elevators.

Two nearby fire hydrants were malfunctioning on that day – dropping water pressure, preventing the fire and rescue teams from effectively fighting the flames. The fire spread as a result, partially destroying neighbouring buildings.

In the wake of the tragedy, an official inquest gave rise to the Building Control Act of 1974. The Act gave authorities the power to take action against unauthorised building works and dangerous or dilapidated buildings.

Singapore has a long, complex history with fire – but events in modern history have changed development in the country forever, thanks largely to the Building Control Act. 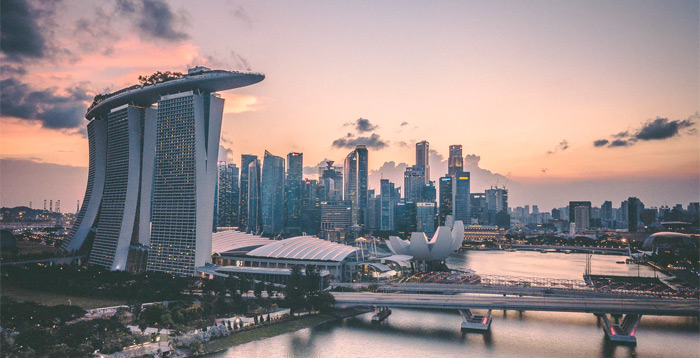 All developments now in progress benefit from the measures established by learning lessons from the past.

Arguably, the most significant development is Singapore 2030, a plan designed to accommodate the growing population. Singapore’s population will reach between 6.5 and 6.9 million by 2030 – so the government plans to reclaim land from the sea, similar to past projects carried out in Japan.

After land has been reclaimed, major construction projects will create housing and a full range of amenities – such as childcare and schools, hospitals, and recreational areas. About 60% of Singapore’s land will be set aside for housing, industry, and community facilities.

Around 700,000 new homes are set to be built, including 100,000 flats for public housing. The size of the rail network will be doubled – and some golf courses and military training grounds will make way for redevelopment.

Coopers Fire is involved with several projects in Singapore – including Marina One and Paya Lebar Quarter (PLQ) Mall. We’ve helped design and install bespoke fire curtains and safety systems at both of these pioneering developments, to keep Singapore on track with fire safety for many years to come.

As the city state continues to expand, we look forward to many new projects with our international partners there – including Innivate PTE Ltd – using our expertise in fire safety to prevent fires, reduce their impact and save lives.

Our international distribution partners install fire curtains in Singapore and around the world. Talk to us about your project today – call +44 (0)2392 454 405 or email info@coopersfire.com.