On Friday 19th March we asked everyone to wear something red to work in support of Red Nose Day for Comic Relief.

Comic Relief is a major charity based in the UK which strives to create a just world, free from poverty. Their mission is to drive positive change through the power of entertainment. The money raised by Comic Relief is spent to help poor and disadvantaged people in the UK and the world’s poorest communities.

We had a terrific response to our fundraising efforts and raised £230 over double our original target.

Thank you everyone who donated.

Here are some of the Coopers Fire staff dressed in red! 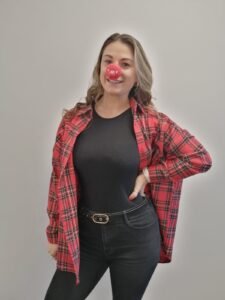