Despite a reduction in fire safety audits carried out year on year, the number of unsatisfactory findings has increased – and the number of prosecutions for offences under the Fire Safety Order of 2005 has gone up by 16%.

More than a third (34%) of fire safety audits carried out last year were unsatisfactory. This highlights a worrying drop in fire safety standards in England, at the same moment the UK entered lockdown.

The following regions reported more failed inspections than passes. In some cases, failed audits were significantly higher than passes.

Lancashire posted THREE TIMES as many fails as passes (337 passes vs. 1081 fails). Only 23% of fire safety audits in Lancashire were satisfactory. 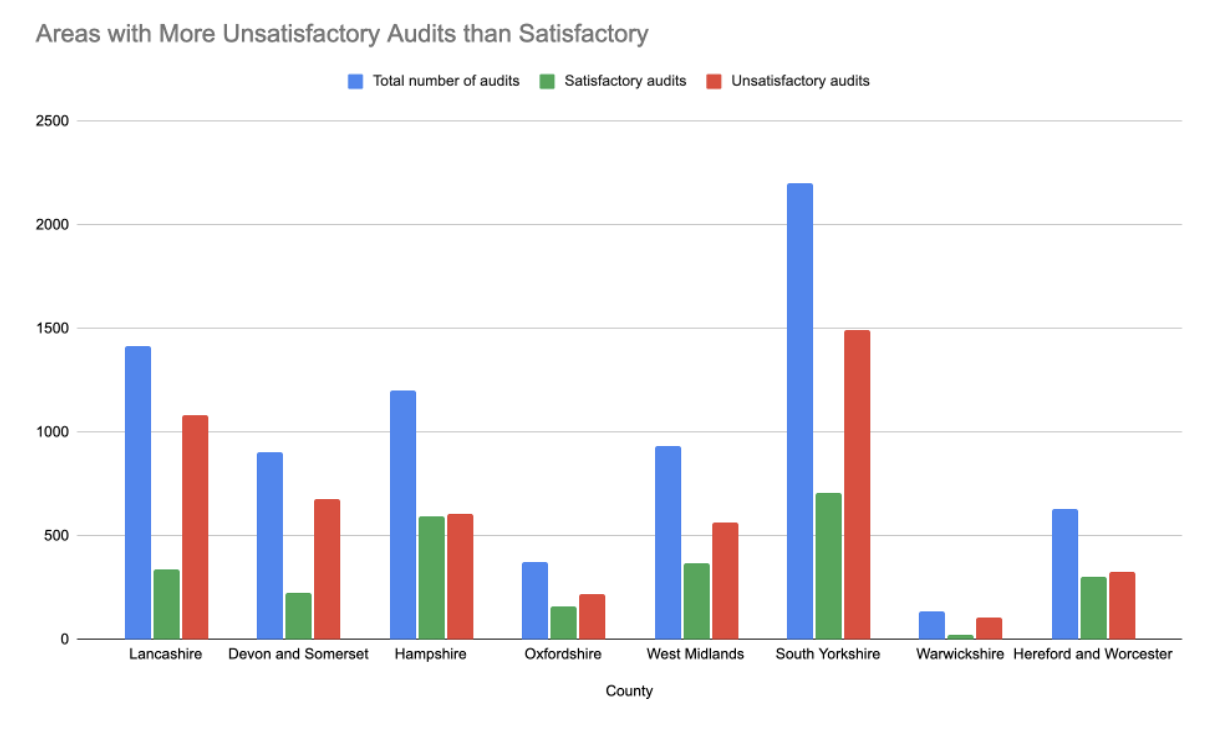 While many fire safety issues can be resolved and reinspected, some breaches are severe and must be enforced by law.

Most Prosecutions for Breaches of Fire Safety

These areas in England had the highest number of prosecutions for fire safety offences – enforced in the most severe cases.

Areas with the Most Unsatisfactory Fire Safety Audits

The total number of unsatisfactory inspections is also up year on year. The worst performing areas include Hampshire, where Coopers Fire HQ is located – indicating a greater need for local education and training on the importance of fire safety.

Coopers Fire pioneered fire safety with the world’s first automatic smoke curtain. Today, Coopers Fire is the world’s leading manufacturer of fire curtains and smoke curtains for all building types. For more information on non-intrusive fire and smoke protection or to enrol in an educational training course, call 02392 454 405 or email info@coopersfire.com.