Dubai: A brief history of the city’s struggle with fire safety

Recently, the construction industry has experienced rising growth throughout the world, particularly in the Middle East with demand increasing from events such as the Qatar World Cup and the ever growing popularity of the industry in Dubai. 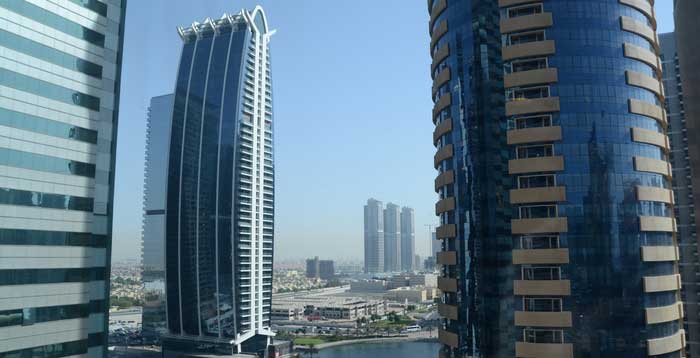 Dubai development, on the up!

Fresh reports have revealed Dubai’s economy has grown 3.1% recorded from January this year, due to the upturn in construction activity and a move away from the non-oil sector. Taking into account the plans for the Expo 2020, where intentions for improving and extending infrastructure have been outlined – construction activity in Dubai is only set to get bigger.

With all this infrastructural expansion, it is important to recognise the need for fire safety – especially with new builds.

Buildings in Dubai hit by fires

Dubai’s buildings have never been too far from the news, some for their unique and futuristic designs, size and height, and others unfortunately for their battles with fire outbreaks.

For a variety of reasons, Dubai is more likely to suffer at the hands of fire than most other cities. Primarily – the heat, which often reaches up to 41 Celsius during summer. This heat dries out buildings, making the structure more prone to an outbreak. Other reasons such as poor fire safety and the density of buildings contribute overall: trapping heat in man-made material structures that are constructed with insulation that facilitates and fuels the spread of a fire outbreak.

The first cause of these fires is more often than not carelessness or human error – which is then exacerbated by all the factors previously mentioned. Overall, fire safety in Dubai is arguably extremely important, and the city has been working on ways to reduce the risks of fire, although unfortunately this cannot be completely eradicated.

History of fires in Dubai

Over time, it has become evident that fires in Dubai are now a regular, expected occurrence. But, as the city is full of such historic landmark buildings, protecting these, their inhabitants and visitors is paramount to the city’s future.

Just recently, the latest blazes in Dubai have already damaged a new building under construction just next to the Dubai Mall, among others across the city. In the past decade, this has increased considerably, due to an overall increase in construction and development.

In July 2016, a fire ripped through popular expat habitation the Dubai Sulafa Tower, during which debris fell from the higher levels, endangering pedestrians and spreading the fire, which was already being whipped up by Dubai’s strong winds. This was the second time a fire has broken out in this building, as previously a fire broke out in 2012 on the 36th floor.

New Year’s Eve 2015 saw a deadly blaze engulf the popular five-star downtown Hotel Address. Sadly, sixty guests were injured and one died, after suffering a heart attack from smoke and crush injuries due to overcrowding.

Another potential deadly blaze at the famous ‘Torch’ building in February 2015 consumed most of the building’s 79 storeys. As one of the tallest industrial buildings in the world, the torch was extinguished after compartmentalising the flames. Thankfully, no casualties were sustained, however, the risk of fire remains life threatening for all in the City.

By using fire curtains made from durable, heat withstanding fibres woven from E-glass and stainless steel thread, able to resist fires for up to three hours, an opportunity to considerably improve fire safety is presented. Hidden away in the ceiling until needed, the fire curtains provide the option to segregate and compartmentalise aspects of the building such as core supports, escape routes, boundary lines and

Hidden away in the ceiling until needed, the fire curtains provide the option to segregate and compartmentalise aspects of the building such as core supports, escape routes, boundary lines and high-risk areas to avoid the spread of a fire. This seamless design installation, coupled with uncompromised safety for modern and open plan builds that is capable of preventing further tragedy extends the possibilities of design, allowing architects creative freedom unhampered by compartment size fire and safety regulations.

The challenge here was to install something subtle, functioning alongside an open plan kitchen design that did not compromise on safety. Working closely with our UAE based distributors, Dosteen Doors, we were able to design and implement our Coopers Fire fire and smoke curtains to hide in the ceiling, ready to deploy and shield the restaurant from a fire, should one occur.

Overall, the project worked out a huge success, owed to the fantastic quality of our fire and smoke curtains, which are compliant and used as the comparative standard by official safety regulators.

It can be said, however as hard as you try, you may never to be able to prevent the initial cause of a fire. However, the ability to protect resource and lives remains a responsibility.

Should the unthinkable occur, securing your peace of mind is essential for any build – particularly those at high risk as in Dubai with high temperatures, crowded streets and flammable insulation in their older buildings.

To find out more about how Coopers Fire can work with you to provide fire protection across a variety of building designs, and to discover more about our innovative fire and smoke curtains – give us a call on 02392 454 405 or email at info@coopersfire.com.

When a fire breaks out in the workplace, it can be a terrifying experience, and there may only be minutes…

In the event of a fire: Creating an escape plan

Every household should have an escape plan in place, just in case. Although we all hope we will never have…

Class A to K – What are the Classes of Fire?

For architects today, with a marked rising popularity in large modern spaces, being able to ensure fire safety without having…
Previous Back Next