Wood is an excellent construction material. It’s been used for millennia to build everything from houses and boats, to weapons and instruments. It’s relatively cheap, easy to work and can be extremely strong and light. It grows naturally and, when managed properly, provides a never-ending source of material.

The other main characteristic of wood is that it burns. It’s as much a fuel source as it is a building material – and fire can’t tell the difference. But now, a non-toxic additive could make wood resistant to fire, without robbing it of the properties that make it so great in the first place. 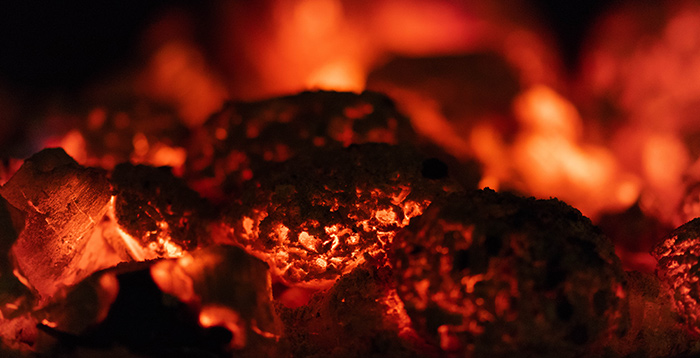 AFA is a new treatment developed by Empa, Switzerland. It’s colourless and can be mixed with water-based paints – but crucially, it produces no toxic vapours and becomes effective against burning at concentrations as low as ten percent.

AFA has already demonstrated its potential in internal tests and the addition of AFA to other commercially available building materials and paints is now under review. If tests are favourable and the additive is given approval, this new fire-resistant solution could be in use on projects soon.

Another World of Additives

Of course, additives have nearly always been applied to wood to improve its resistance to moisture, rot and even fire; but they haven’t always been ideal. There’s another world of additives that are all familiar to us, but present serious problems.

Paints, waxes and oils are all common wood treatments. So is creosote, a derivative of tar making. It’s still readily available for treating wood and is commonly found on railway sleepers and marine applications.

Coal tar creosote – one of the earliest and most effective wood treatments – was also heavily used in medicine. But it was discovered to be extremely toxic and carcinogenic, limiting its use heavily. Now, creosote can’t be used on anything that humans come into physical contact with, which has made reclaimed railway sleepers (once a popular alternative building material) something of a pariah.

Lead-based paints have been used prolifically to treat wood since the 4th century, even though its toxicity was well known as early as Medieval times. It could also be carcinogenic.

One of the best-known fire retardants is asbestos, which still protects many buildings in the UK today. The use of asbestos in construction was only outlawed in 1999 – 15 years after the first bans took place and more than 60 years after the material was linked to respiratory disease.

Asbestos was once used for practically everything in construction – as insulation, as a cement additive or compacted into roofing tiles. It was a dream material; cheap, incredibly strong, lightweight and non-flammable. In the 1970s, tests concluded that the fibres cause cancer. Asbestos use declined, but its deadly legacy remains.

Fire protection has come on leaps and bounds in recent decades, and new fire safety technology, like the fire-resistant cladding material we previously covered and this new AFA, are paving the way to a safer world.

Making the World Safer from Fire