Coopers Fire are pleased to announce we have achieved full compliance for the British Standard BS 8524 Parts 1 & 2 for Active Fire Curtain Barrier Assemblies. 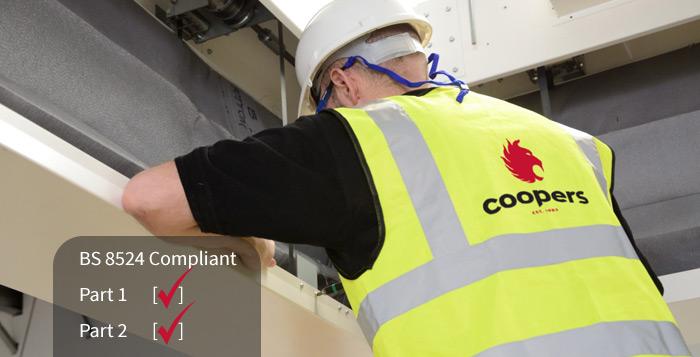 Coopers Fire are pleased to announce we have achieved full compliance for the British Standard BS 8524 Parts 1 & 2 for Active Fire Curtain Barrier Assemblies.

BS 8524 is an important new standard for the fire curtain industry because it provides comprehensive guidance to specifiers, manufacturers, installers, building inspectors and buyers. In summary, this guidance covers the important attributes that must be achieved with a fire curtain and the methods required to achieve a good installation and an ongoing, serviceable fire barrier. Furthermore the standard provides assurance to end users, facilities managers and building occupiers that the product has been through and achieved a whole series of third party witnessed testing against a set of discerning criteria.

The key part to this announcement is that Coopers Fire is fully compliant, which means that all tests and independent verification covered by the standard have been achieved. If one or more tests are not completed then the whole system including all the individual assemblies and components and the process of manufacture, installing and servicing cannot be signed off as reaching the minimum requirements.

This is a major milestone in Coopers Fire’s long and successful track record of manufacturing, supplying, installing and servicing smoke and fire curtains, hence our pride in not just achieving full compliance, but also being the first to do so.

BS 8524 Parts 1 & 2 were published in April 2013 and superseded the former fire curtain specification, PAS 121:2007, which was defined as a ‘specification for active fire curtain barrier assemblies and active fire barrier assemblies with smoke rating’. BS 8524 builds on this previous standard to make sure it covers the whole “system” and the processes of installing and servicing of these lifesaving products. 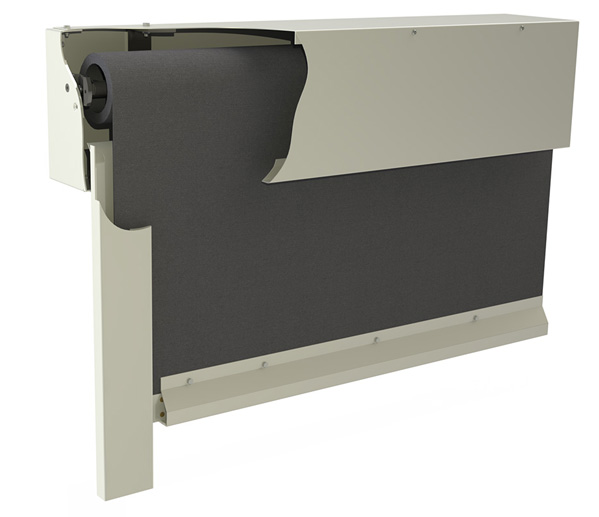 Part 1 contains the Specification for active fire curtain barriers and comprises nine annexes (A to I). Each Annex provides information, requirements and guidance on how to test for each aspect of the standard. BS 8524 Part 1 is only achieved if all of Annexes are satisfied and approved by a third party certification body.

For example, Annex G is the test method for reliability of motor operation independent of the fire curtain assembly at elevated temperatures. In principle, this test is carried out by placing a motor specimen in a furnace and operated at maximum load following a prescribed timeline heat curve for a specified number of cycles.

The picture below shows the Annex G test set up which Coopers Fire successfully used to pass this test. 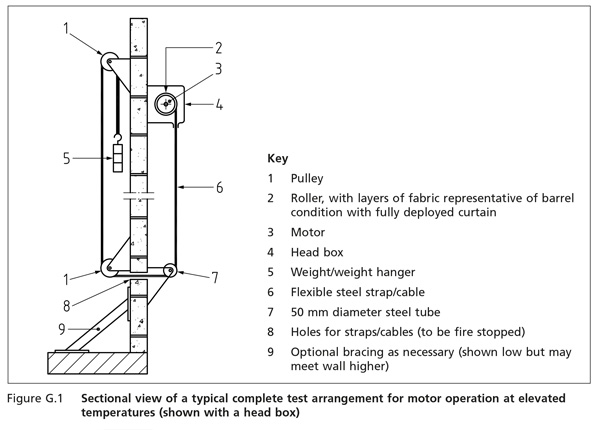 For example, Annex F comprises a comprehensive Inspection Checklist, which has been built up through years of experience in installing fire curtains and lists out all the points that must be covered during an installation. In order to achieve a compliance for this annex an approving authority must witness that this checklist is being used and forms part of an installer procedures when installing fire curtains. An example of an item on the checklist is to check the barrier assembly descends to “closed” position at the required descent speed when the power cable to the control panel is disconnected. This proves the gravity fail-safe mechanism works and is able to maintain the required descent speed as dictated by the standard.

Not Just One Test

It is only once all the requirements from BS 8524 Parts 1 and 2 are achieved that this comprehensive guidance for the fire industry and wider construction industry will deliver the benefits promised.

Coopers Fire patented a “fire screen” using an electromagnetic brake assembly for gravity fail-safe in 1983; some 30 years ago. An entire industry was born and this technology remains the benchmark for the industry. 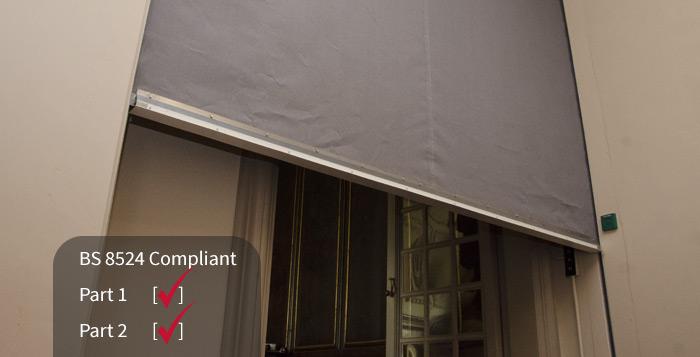 Over a prolonged period of time much testing was carried out using similar product standards in terms of fire-resistance, reaction to fire, smoke leakage, impact and mechanical resistance etc. The guidance produced in the form of PAS 121:2007 was issued by the British Standards Institute (BSi) and in 2009 a new technical committee was formed.

The intention was to prepare a National standard for these products. Standardisation should never drive regulation, although often in reality it does. There is much discussion around this product for inclusion with the next regulatory review of Approved Document B (ADB) and the review of BS 9999; fire curtains are already called up in BS 9991 Section 34.

As with any new technology that is not enshrined in regulation or standardisation, you will see less qualified manufacturers entering the market, which can potentially be hazardous on such a critical product. BS 8524 was built on the foundation of PAS 121:2007, adopted by London District Surveyors Association (LDSA), and raises the performance bar significantly higher. It largely addresses concerns and reservations going forward from perhaps previous past experience and this can only benefit the end users. 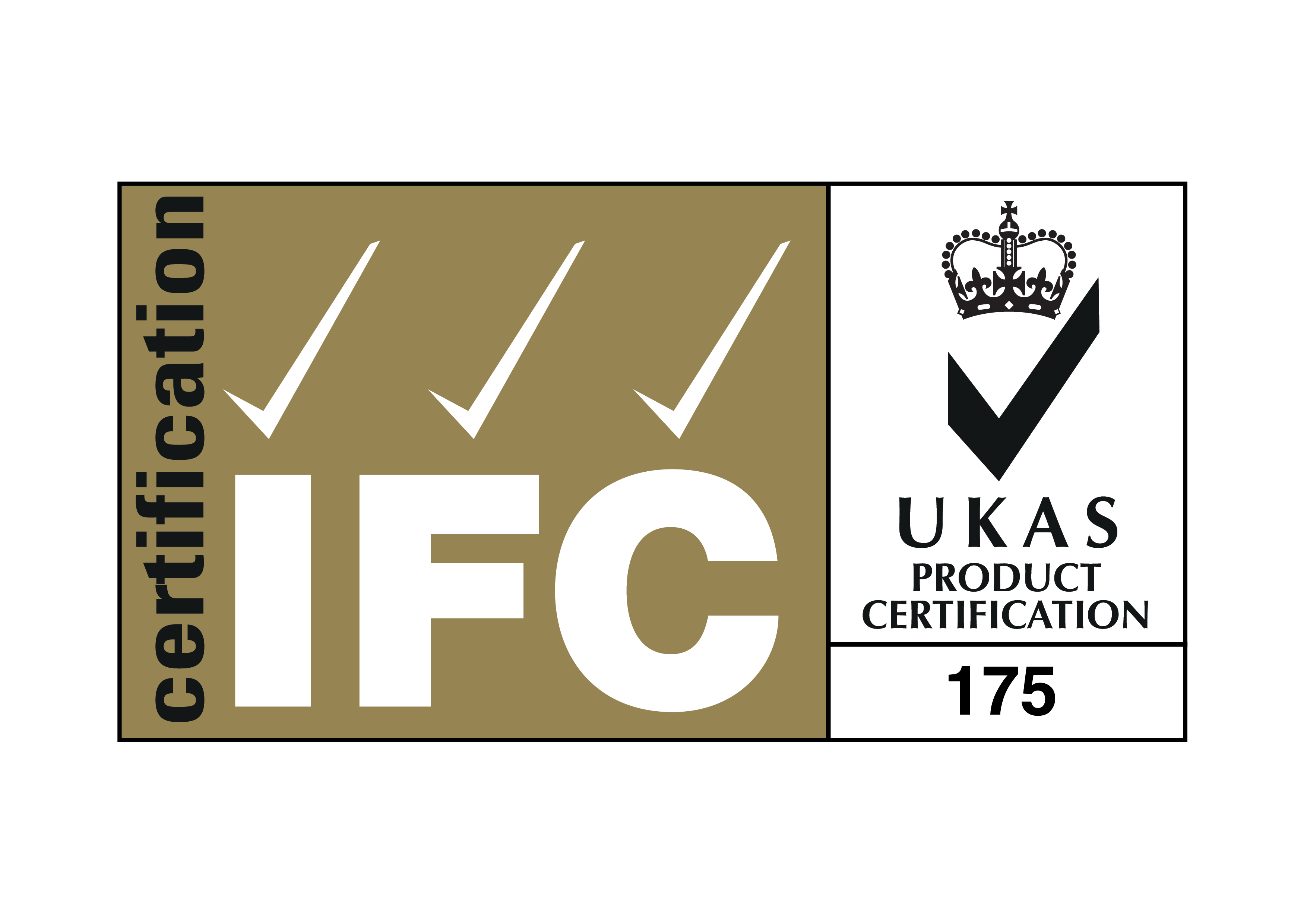 Nothing can last forever – including a fire. Eventually, the fuel source will be exhausted and the heat will radiate…
Previous Back Next