Coopers Fire have recently welcomed two new starters to the Coopers Fire team who are part of the Kickstarter scheme. 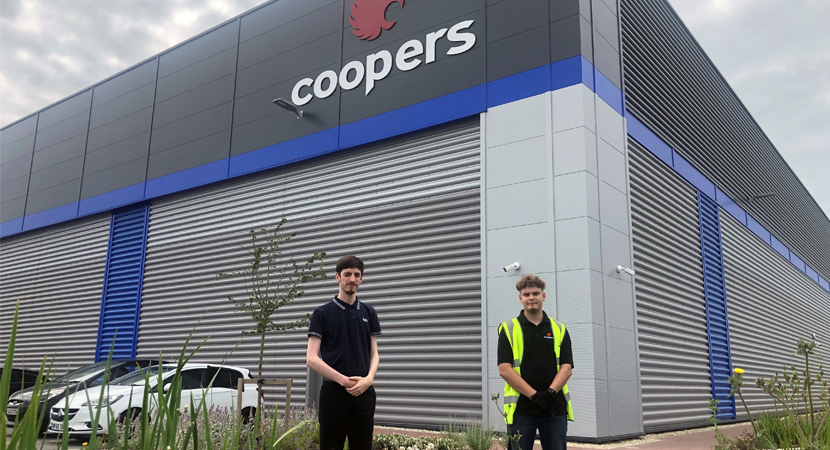 The Kickstart scheme is specifically designed for those aged between 16 and 24, who are currently claiming Universal Credit, and may be at risk of long-term unemployment. To help younger workers find employment during the pandemic, the government has launched a £2bn ‘Kickstart’ scheme – which will provide hundreds of thousands of new jobs to those in this demographic.

These jobs will be in the form of work placements, which aim to help young people build up their skills and experience levels, and be a stepping stone into further employment.

The scheme was initially announced by Chancellor Rishi Sunak in his summer statement but was officially launched on 2nd September 2020.

The scheme, which is due to run until at least December 2021, is specifically aimed to give young people a stepping stone into their chosen sector. Which could be invaluable when it comes to finding employment during the pandemic.

Coopers Fire have recently welcomed two new starters to the Coopers Fire team who are part of the Kickstarter scheme.

Welcome to Brandon and Ryan……the rest of the staff at Coopers Fire look forward to working with you!

Brandon is working in the production team and is doing a fantastic job already.

Ryan is working in the sales team and is also doing really well and has brought a great sense of humor to the department.

In the early hours of the morning of September 2nd in 1666, a fire started at a bakery on Pudding…