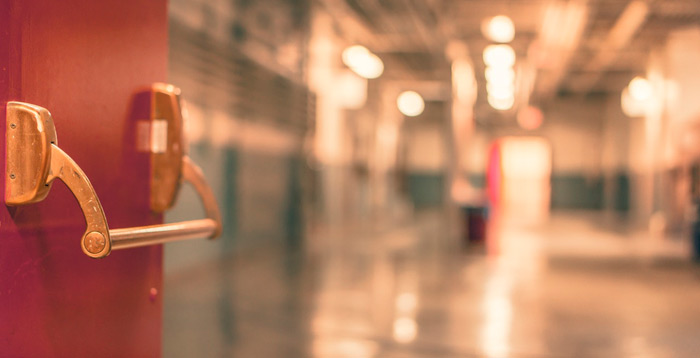 How it Works – with a Lesson from the Titanic

History has taught us many lessons about safety – some more painful than others. Perhaps the most famous example in history is the story of RMS Titanic, where a catalogue of failures plunged thousands of people into the icy depths. We know that it wasn’t fire that brought the luxury ocean liner to an end – it was flooding. And that seawater could have been contained, were it not for improper compartmentation.

When the Titanic set course for America in 1912, nobody knew that its maiden voyage would be its last. And of all the misfortune the vessel encountered, it was ultimately vanity that killed the most famous cruise liner of all time.

To provide luxurious space to the upper decks, where rich passengers would be spending their voyage, the designers of Titanic elected to remove the partitions in those areas. The watertight walls of each bulkhead finished abruptly in the middle of the vessel.

When an iceberg tore into the side of the ship, the compartments began to flood, as expected in a hull breach. But too many compartments had been flooded and the weight of the water caused the ship to tilt nose-first. Because compartmentation had only been considered in the lower decks, the extreme tilt allowed water to rush over the tops of each compartment – until the ship plunged into the depths of the Atlantic.

The tragic loss of the Titanic has informed design for over a century – and while this example might seem to differ wildly from compartmentation for fire protection, the principles and techniques are exactly the same: contain the threat, limit the damage and save lives.

In a compartmentalised building, fire resistant flooring, ceilings and walls are strategically positioned to keep fire from spreading. Unlike the bulkheads in the Titanic, walls and floors have to be sealed to the ceiling – because smoke rises, and fire can spread vertically. Fire doors are effectively sealed edge to edge, to restrict airflow and work towards starving the fire of oxygen.

This helps to restrict the spread of fire to a single compartment for longer, slowing down the spread significantly or halting it altogether. This grants safer passage to evacuees and rescue teams, preserves the integrity of the structure and limits remodelling work.

Not all buildings are built this way. Some are the legacy of the times before the workings of fire and chemistry were properly understood. Some are complex structures that can’t operate properly if compartmentalised. So how is fire contained in these situations?

Fire curtains create a fire resistant barrier that only appears during a fire emergency. This creates instant compartmentalisation in an open plan or complex structure – saving lives, livelihoods and important buildings.

Fire and smoke curtains are an evolution of the basic principles of containment – and the more we learn, the safer our structures become.

Expertise in fire protection has led Coopers Fire to become an industry leader. For more information on our non-intrusive, life-saving fire and smoke protection, or our educational training courses, call us on 02392 454 405 or email info@coopersfire.com.

Fire-door maintenance and the law

At any one time in the UK, there are potentially thousands of fire doors which have been left open. As…

The commonly held belief that many false alarms are caused by malfunctioning fire protection systems is simply not true. Rather,…

In a move that has been welcomed by those within the fire protection industry, the UK government has recently revealed…

Coopers Fire are now hosting their CPD seminars online through Microsoft Teams and Zoom.
Previous Back Next