The world grows upwards every day, as new buildings rise from the ground. We’re always looking for more space to work and to live in, adapting to the ever-growing human population and an ever-changing economy. Global construction is booming, and markets have shifted significantly in just a few years – so much that the next phases of development won’t be confined to any specific bloc countries – they’ll be truly global affairs. 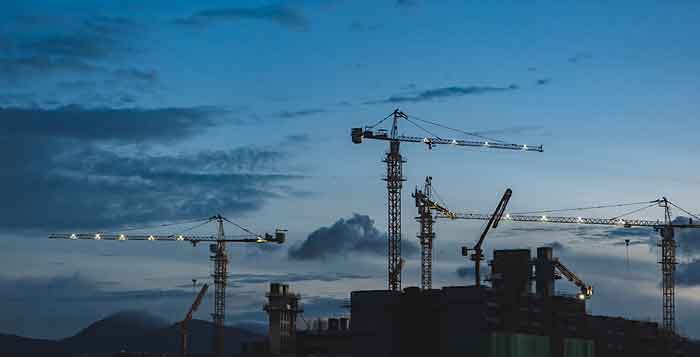 As far as projections and predictions go, China and the US are set to top the construction market for the coming years. China’s construction sector is set to grow even further by 2030 – which isn’t too surprising given the country’s size, wealth and manufacturing-driven economy. In just a few years, India will be the third largest construction market, overtaking Japan.
The biggest players in construction will be China, the US and India – in 2030, they are expected to account for 57% of all global growth in construction and engineering markets.

The UK will be out of the top ten by market share by 2020 – but this is expected to bounce back in the 2030s, placing the UK as a significant market. This is because there’s a housing crisis that has to be addressed, and by 2030, many projects in the works are expected to be in full swing.

Indonesia could become the fifth largest market in the world before 2030: it’s a G20 economy and the largest economic force in Southeast Asia, only outpaced in speed of growth by China. This rapid development brings new construction projects to Indonesia on a near continuous basis.

While it’s a huge economy and market, the major economies of the Middle East (UAE, Saudi Arabia and Qatar) are comparatively tiny states – and even with their massive wealth, they couldn’t break the into league table of the biggest construction markets.

But large projects in the area are almost constantly taking place. Dubai, Abu Dhabi and Doha have become synonymous with cutting-edge buildings, that push the boundaries of architecture and engineering to new limits. These new-age cities present some of the most amazing opportunities for architects and designers to stretch their imaginations into never before seen structures.

Growing economies and bulging wallets are all well and good, and it’s wonderful to see the market evolving and taking shape around the world – but it’s only half the story of why construction is booming worldwide. A growing, ageing population is outpacing predictions, creating an unprecedented demand for places to live – places accessible to the always growing elderly population.

There are around 1 billion people aged 60 or over alive in the world today. By 2050, that figure will be more than doubled – to over 2 billion. By 2100, it will have more than tripled. This phenomenon is not restricted to a single part of the world: it’s happening everywhere we look.

People living longer, healthier lives isn’t a bad thing – it just presents some new challenges. Where will everyone live, and how will these places be accessible to an increasing number of elderly people – who may have mobility issues, arthritis and age-related medical needs?

Globally, demand for suitable homes is on the rise. For now, general regulations are in place to make all newly built accommodation as reasonably accessible as possible. It’s a good start, but the future is coming up fast.

Architects are already working on designs for an ageing population – finding solutions to housing that don’t just keep safety a top priority, but maintain style. Mental wellness, lifestyle and satisfaction are just as important as the physical accessibility of a place.

Construction is always changing, and the future’s looking bright for the sector. The incoming generation of architects and engineers will be overseeing a major boom, building a new world – not one for their children, but rather for themselves. The challenges of a growing, ageing population will have to be met with ingenuity and style – and if the cutting edge designs emerging from studios around the world are anything to go by, the next generation of buildings will be the most exciting yet.

At Coopers Fire, we’re always developing our products to keep us at the cutting edge of fire safety. To find out more about our products and services, or to enrol in one of our educational training courses, call us on 02392 454 405 or email info@coopersfire.com.

Smoke curtains: How do they work?

Today, ensuring your property, business, staff and inhabitants are fully protected in the event of a fire is mandatory. One way to…

Continued Professional Development (CPD) is all about growth and building on expertise. Development doesn’t always have to be formal; personal…

2019 in review: Year of heritage building fires and forest blazes

2019 was a busy year for fire. It struck notable world heritage buildings, like the blaze at Notre-Dame de Paris and al-Aqsa…

SINCE THE BEGINNING OF THIS CENTURY, COOPERS FIRE HAVE INSTALLED FIRE CURTAINS AND SMOKE BARRIERS IN A NUMBER OF PRESTIGIOUS…
Previous Back Next