back to case studies

what was the client looking for?

The Festival City Mall in Dubai has recently completed a $400m expansion to its already existing and popular layout near the Dubai creek.

The new extension added an additional 20% more retail area to the existing 2.4 million square feet mall and has increased the stores’ tally to 420.

The expansion will also draw visitors to the newly developed 300m long waterfront promenade which comprises 20 restaurants all with stunning views over to the Dubai city skyline and the Burj Khalifa.

The Dubai Festival City Mall is tipped to be the most sought-after waterfront destination for tourists and residents to the new Dh1.5 billion extension, which has already attracted major brand stores. 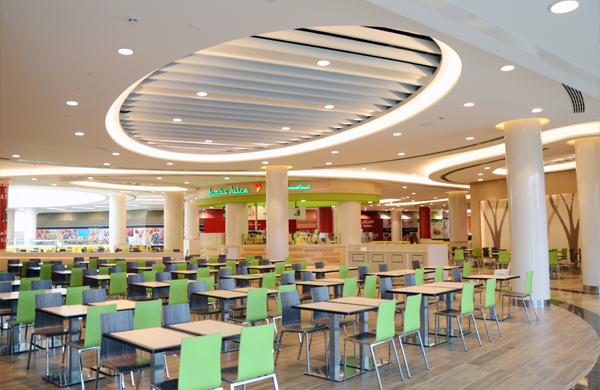 HOW DID WE HELP?

The new 3500 square metre food court has been extended to host 2000 guests and the mall now offers 75 food and beverage outlets.

Coopers Fire have installed 20 smoke curtains in the new extension ranging in sizes and shapes.

Coopers have a number of their fire and smoke products in the original part of the Festival City Mall. The FireMaster fire curtains protect the boundary of the car parks and there are a number of fire curtains acting as fire breaks over store fronts.

The majority of the recently installed SmokeStop smoke curtains are in the new food court.

Four of the curtains are curved with the outer edge of the food court to match the curved ceiling line and would prevent smoke from spreading from the food court into the main portion of the mall.

There are also two Z shaped curtains that go around corners of the food court and help channel smoke in the event of a fire.

The remaining smoke curtains are straight and installed strategically across the food court to offer compartments for the smoke which can be channelled away should a fire break out.

There are also smoke curtains installed over three escalators in the mall that help to prevent the smoke from spreading from one floor to the next. 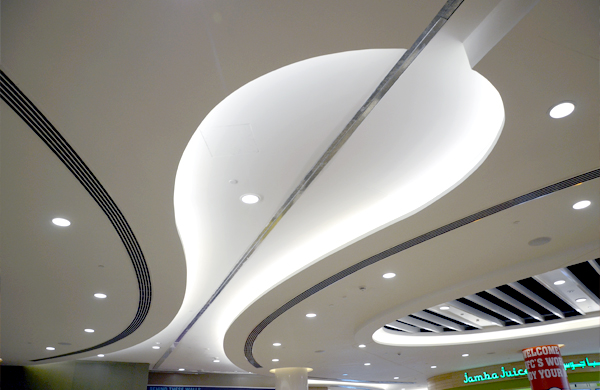 The SmokeStop active smoke curtain is designed to remain concealed within the ceiling until activated by a heat or smoke detector, providing an effective method of compartmentalising smoke and protecting means of escape.

All of the SmokeStop smoke curtains utilise the Coopers patented gravity fail safe system ensuring the curtains will deploy safely and under a controlled descent in the event of a fire or detection of smoke.

back to case studies

PDF Version
Previous Back Next